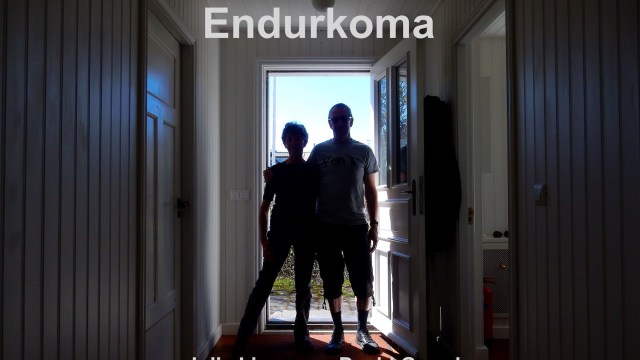 This time we (myself and Julie Livsey) were artists-in-residence at Herhúsid from the end of April until the beginning of June in 2017. To some extent, it felt like ‘coming home’. We were familiar with the landscape; we met new people but we also got to know the people that we had met before a little better. Amongst these were Björn Valdimarsson (a photographer) and Siggi Baldvinsson, who I had first met in 2015 and, of course, there was Guðný Róbertsdóttir and her partner, Örlygur Kristfinnsson – who were our very kind hosts during the residency.

The studio is one of the best that I have ever worked in and, towards the end of the residency, we presented our work in a small exhibition called Endurkoma (Comeback). 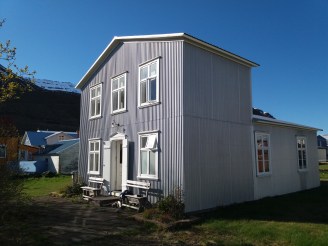 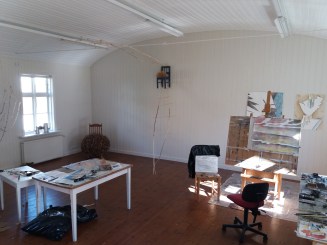 The weather was varied in the extreme. There was snow, gale force winds and, in complete contrast, some days that were as hot as an English summer. Julie had a particular interest in helping Guðný and Örly making nests for the Eider ducks (in early May) in preparation for ‘down gathering’ later in the month. See below: – 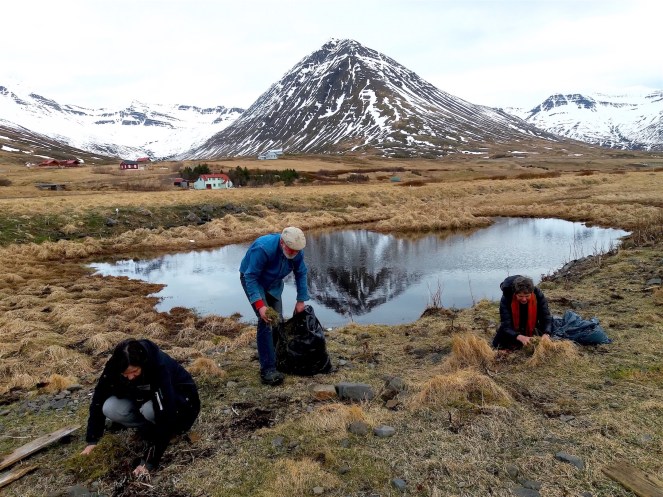 As before, I sketched from the landscape and, from these, I developed A1 mixed media drawings in the studio. 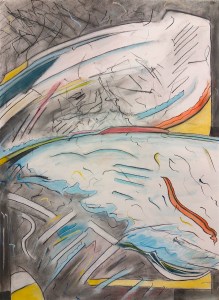 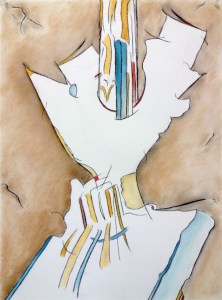 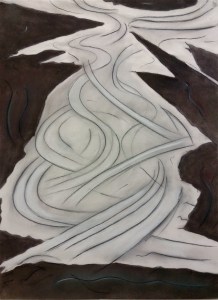 Somewhat ‘against the odds’ I made a documentary called Icelandic Blues. The film features four people who live and work in Siglufjördur. I was inspired by these people and the locations that they took me to. In relation to film, the sensibilities of Tarkovsky and Sergei Loznitsa were also an influence.

The film is based on a simple premise; I asked people to take me to their favourite place.

On my return to the UK, ideas emerged from conversations with Dominic Smith whose creative editing and additional soundtrack coloured and enhanced the final product.

Comments are closed, but trackbacks and pingbacks are open.