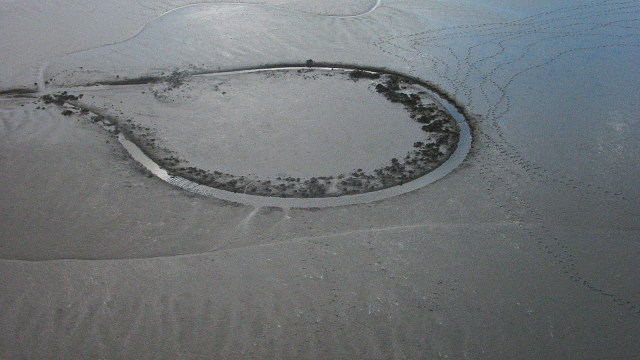 I enjoy writing and, for the most part, I consider this activity to be a pastime rather than a profession. For many years I have written lyrics and collaborated with musicians (usually online). I have also written flash fiction. Occasionally, my writing activity bleeds into my professional life.

I was asked by Rednile to present written responses to their Factory Nights. Two examples are below. One relates to the Staiths in Gateshead; this was a wooden pier-like structure used for unloading coal. The second piece of writing is about the Transporter Bridge in Middlesbrough.

Factory nights was a project, instigated by Rednile that allowed and encouraged people to explore and record creatively by giving them access to obscure locations. The work produced either fed back in to the individuals’ practice or developed further – in the form of a commission or proposal.

The writing that I was asked to produce became available online in the Rednile publication report and was also part of an exhibition at the Lit. and Phil. in Newcastle. The written works follow below: –

“ So what’s your interest in the Staiths?”

“Do you mean architecture?”

And then. We are off – on the last Factory Night of the current programme. In this case though, it’s more of a factory afternoon – and a sunny one to boot.

The concept of Factory Nights arose when rednile members were discussing their own struggle for balance – between project management and personal creativity. The consensus was that they and, by default, other artists had a simple something in common. They wanted to explore interesting places SO – Factory Nights was born.

And now. Here we are…walking over pallets, through stinging nettles and brambles.

Arrival. Pause…and an introduction from a conservation person…some background info followed by some sensible but highly palatable instructions –

“There is no access to the lower level of the Staiths but you are free to do whatever you guys are here to do.”

You can’t say fairer than that can you? Hang on though. What are (is?) the Staiths? Or is it Staithes? I am told that the ‘e’ is optional but I’m not so sure. Anyway –

The Staiths is a large multi-level timber structure that emerges out of the south bank of the Tyne protruding, marginally, into the river. It looks a bit like a curved pier – but a regular punctuation of cogs and girders signal that it wasn’t designed for leisure activities. It was constructed in the late nineteenth century as a loading platform for bulk materials, usually coal, shovelled and shifted from train to vessel.

As industry declined, so did the structure, slowly becoming what is now a rather distressed and inaccessible leftover from another age. A hidden gem for sure but strangely enough, this is quite a visible hidden gem – it’s just that you can’t get to it! Birds can though – waders mainly. They like the mud flats. Otters do too.

And now. We stand on the North Staiths and a little more info comes our way. Amongst the information there are hints of aspiration –

“I would love to see this lit in winter.”

But – the birds would be disturbed. Ah yes – wild life and the need for balance (that word again).

The wind blows. People separate and move off to take their own post-industrial promenade, high above the river and mud, exploring in any way that they wish. Some people sketch and some people take photographs. I do this but I also have a number of conversations – quite brief and not with everybody. I am interested in why people are here and I am especially interested in what people ‘do’.

There is a man that draws fantasy/scientific insects.

There’s a writer for film that wants to be “more of an artist”.

There’s a wind-proofed musician who has just made an album.

There is an amateur photographer but her camera is much better than mine.

There are many more. Time passes quickly.

There are good hours and bad hours (those you would wish away) but this was a good hour…or two.

Sometimes good hours simply happen but these particular hours were designed and devised and I do not underestimate the logistics of the situation. The picking-up, the dropping off, the hats, the boots and the chats – with the Council Officers of Gateshead and the managers of Taylor Wimpey. These successful negotiations are the mechanics that enable the day, but beneath this there is something else that drives the day.

I’ve heard it said. Creative people are an odd lot (ha) but, as artists themselves, rednile know what other artists want – what they need and what they like. They understand that though ‘creatives’ might enjoy working to a brief they are equally capable of formulating their own working structures. What I am trying to say is – they don’t need to be told what to do. In fact they tend to delight in finding their own way and, from there, identifying concerns and developing concepts. Factory Nights offers this opportunity to anybody who cares to respond. In this sense it is fundamentally democratic and uncompromising. Kinda rare actually. Oops.

I am drifting into pontification.

It’s time to leave the boardwalk.

And then again. It’s a short drive back to the Staiths Show House for toilet, nibbles and a whetting of whistles. As we are encouraged to enter I hear a familiar voice –

“Do you mean sunny?”

Touché. This could be the place to end, where I began – with childish insolence?

It was a sunny day and a good time was had by all.

‘There are so many people…’

We are introduced to the day, ‘Hello everybody – thanks for coming. I hope you’re going to be alright in this heat. We have water. The Factory Nights idea began when…’

‘Aaaaagh.’ In the background a jumper jumps. A man who is hard-of-hearing watches and laughs loudly.

Alan is a big man with a benign air. He gives us some background info on the Transporter Bridge and an invaluable tip – ‘It’s a good old climb – so take your time’. Firstly, the Bridge-master leads us to the engine room. He talks and we listen to a potpourri of technical detail and anecdotes. Alan talks of rectifiers and DC power – ‘They can act up. They can be right sods…one rope goes all the way along the bridge…it can snarl and snap…there’s a hundred years of grease in that cupboard,’ We warm to the Bridge-master. ‘Aaaaagh’. Another jumper jumps. The Bridge-master smiles and continues. ‘Basically it’s a tram control…like the ones in Blackpool but now we just have a button, so it’s not quite so quaint. In the 50’s a man would sit here reading his paper, but he didn’t pay enough attention and there was a big crash.’

Out and up. The Bridge-master leads us towards the base of the bridge and we begin our ponderous ascent. As we were told – it’s quite a climb. Slowly we ascend a steep metal staircase. There are large gaps between each step. This creates spaces that you can see through. It’s so steep that the views are at eye level so, rather disconcertingly, you are constantly aware of your increasing distance from the ground. We reach the top with a shared but unspoken sense of relief and for some (maybe) a sense of achievement. The view is industrial and fantastic. The Bridge-master answers questions in his inimitable manner, ‘It was a busy river and a busy road. A Frenchman took Charles Smith’s idea…’

A man walks passed. On the back of his t-shirt it reads – “When injustice becomes law – rebellion becomes duty.”

Another man walks by. He is talking on his mobile – ‘It’s absolutely gorgeous up here. It couldn’t be a better day.’

Along the metal mesh walkway of the Transporter Bridge twenty-five creative people gingerly undertake their artistic forays. Some sketch. Some take photographs. Some film. We all look at the structure of the bridge, the views of the river, the city and the bungee jumpers. Way below us Temenos by Anish Kapoor strives to iconify its surroundings. Way above it artspeak is spoken.

‘I tend to be suspicious of the exotic ticket…’

‘Mmm. A gorilla covered in gold…and a halo…with a speaker placed in his throat…then he stood in a vat of milk while this DJ played “Personal Jesus” by Depeche Mode.’

Heady talk in a heady place – perhaps it is the bungee jumpers that are making the more real (and certainly more spectacular) forays on this sunny Sunday afternoon. As we walk back across the bridge we pause to observe. One of the jumpers is extremely nervous. He is being coaxed and encouraged to dive. The young man moves forward to jump but at the last moment he clutches the instructor’s clothing. The instructor is not attached to anything so he is, understandably, annoyed –

‘If you hang on to me again – we go back.’ His group of friends are laughing which leads to further annoyance – ‘Stop laughing! It’s not funny.’ Eventually the man jumps, bouncing down and up and down again, over the river, hanging by his feet, waiting for his rescuers to hook him and pull him in to safety. It was a silent jump. No ‘aaaargh’ from this man and his friends aren’t laughing any more. They are just shouting, ‘Okay-okay-okay.’

It’s time to go back down. The initial descent is so steep that many choose to go down backwards ‘ladder style’. Down and down – to drinks of water, a questionnaire and conversation.

Then – handshakes with the Bridge-master and a short walk to the recently closed Captain Cook pub. We are warned – ‘It’s quite dilapidated. There’s a dead pigeon on the second floor, so be careful. Health and safety and all that.’

We enter. It smells musty. We wander briefly and then up to the first floor where Andy and Bob are introduced. They are poets – brim full of vicarious nostalgia; the lives of their fathers and grandfathers – tales of docks and fights and working girls showing their price on the soles of their shoes. The tales of Andy and Bob are wondrous and endless – aboriginal dream stories that map the land with pet eagles that are kept in the garden. Beer, cancer, punch-ups in the Robin Hood, cheap watches…one of her fingers was found…we are striking it lucky in the Captain Cook. Andy and Bob conclude with a poem, “an ectoplasmic multi-national mash up.”

Finish. We wander again, from floor to floor, and then out into the warm evening air. We adjourn to a pub to refresh, to reflect, to talk and to bid farewell. One goodbye becomes a hello.

Yes…trying to write something about Ironopolis – from boom town to bungee and back. It’s a funny old town.