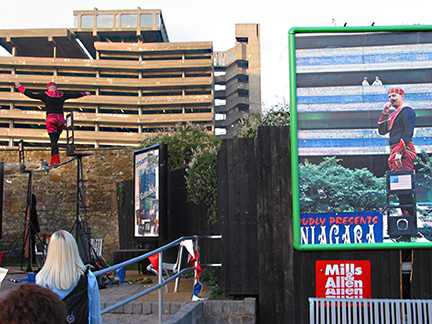 Members of four community groups were encouraged to explore the streets of Gateshead and take digital photographs of, quite literally, anything that they found interesting. At the same time, their comments on each location were noted and recorded. This material became a series of postcards, posters and a billboard.

The billboard was the result of collaboration with a street theatre artist called Blondin. The project culminated in a performance by Blondin who ‘walked across Niagara Falls’ in Jackson Street. The billboard, in effect, came to life.