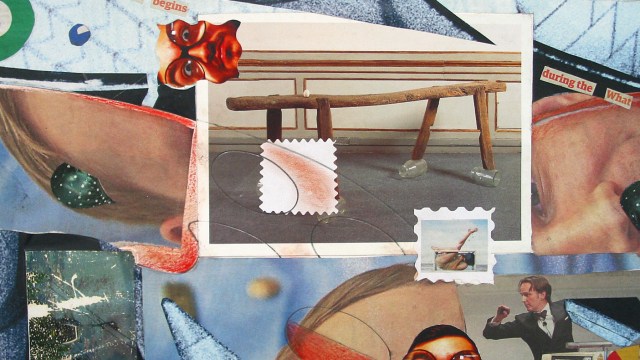 I began working in collage because the spontaneity of the medium enabled me to carry on being creative even during times of ‘busy teaching’. For other ways of working (e.g. painting) I needed a more sustained and uninterrupted period of time. My initial intention was to work on a small scale (A4) – which I did but, slowly, the images got bigger.

In a way, these works were sketches. I considered the images to be part of an ongoing series – inspired by art, architecture and current affairs. I worked on them in a similar way to writing a song. Often, they appeared to be about something but, invariably, there was undercurrent of something else, often quite dark.

An example of this is the piece called 96 Tears (bottom line far left) which combines religious imagery with architecture but the topic I was actually thinking about was the ‘Hillsborough disaster’ at Sheffield in 1999 – it was dominating the news at the time. There are often clues in the text or, as in this case, the title of the work. 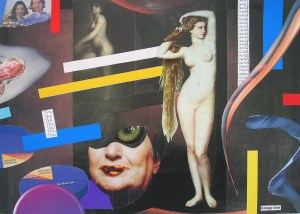 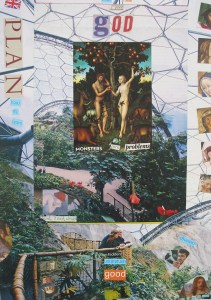 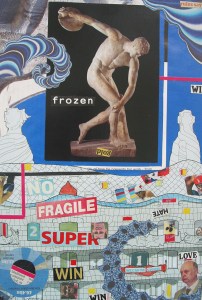 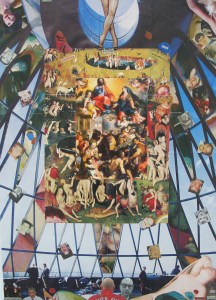 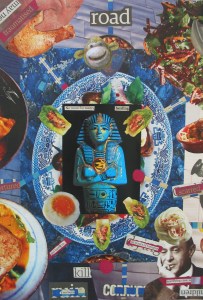 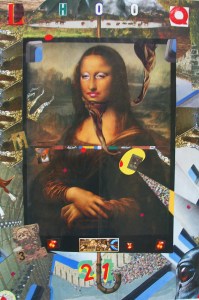 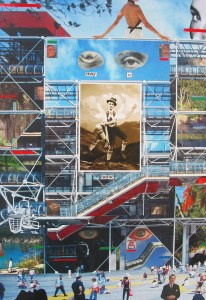